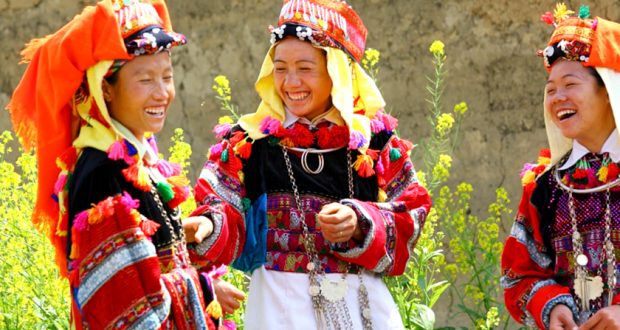 Son La is a province in northwestern Vietnam. It borders Laos to the south. The population includes Black and White Thai.

Son La located about 300 km from Hanoi. In this mountainous and forested region live different minority groups such as H’Mong, Black Thai, White Thai, Muong … Son La is about two third of the way between Hanoi and Dien Bien Phu. So travelers always have a stop on their way to Dien Bien.

Son La owns following interesting sites. Son La Former Prison and Museum preserves revolutionary remains and exhibits precious objects introducing the historical and cultural traditions of the 12 ethnic groups living in Son La. Stretching out 150m long, Tham Tet Toong Cave is a wonder of nature. Along the walls of the cave, there are numerous stalactites and stalagmites. Ban Hin (Hin ethnic minority hamlet) is marked by the traditions and culture of the Thai. There, tourists enjoy drinking ruou can and watching xoe dance by Thai women. Then visitor like to go to Yen Chau Site to try special bananas, longans and mangoes.

Moc Chau, a plateau of Son La Province, is a favorite destination for tourists with its wildness of green land and the paradise of flowers. Its terrain is endowed with many steppes and has fewer mountains than other highland regions of Tay Bac. Therefore, it is covered by the colorfulness of wild flowers and the greenness of grasslands as the climate is warmer and more comfortable and does not suffer severe chills as the winter of Tay Bac.