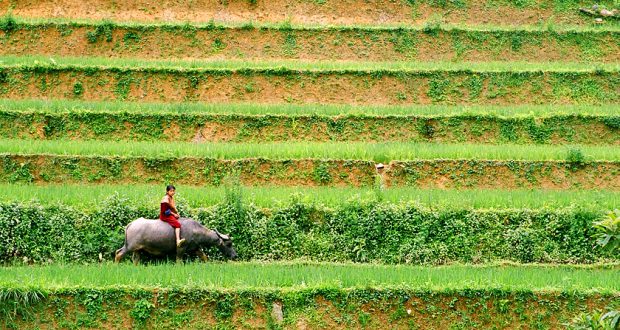 Lao Cai  is located in the north of the Vietnam. It borders the provinces of Ha Giang, Yen Bai, Son La and Lai Chau, as well as the province of Yunnan (China).

Lao Cai is a mountainous region. In the northwest of the province is Fansipan, Vietnam’s highest mountain. The province is bisected by the Red River, the most significant river of northern Vietnam, which flows out of China towards the capital Hanoi. Much of the province is heavily forested. The temperature generally ranges between 18° and 28°, although lowland areas tend to have less variation than mountainous areas.

The population of Lao Cai province includes a number of Vietnam’s ethnic minority groups, with the H’mong, Tay and Dzao being the most noticeable.

340 km northwest from Hanoi and 40 km northeast of Sapa, it is the gateway to Sapa. Nowadays the border into China is open, so many people can go to China through Lao Cai. Lao Cai have been more and more changing rapidly.