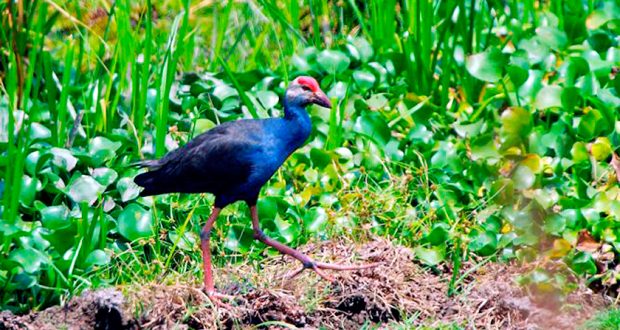 Nam Cat Tien National Park is an important National park located in the south of Vietnam approximately 150 km north of Ho Chi Minh City. It has an area of about 720 km² and protects one of the largest areas of lowland tropical rainforest left in Vietnam.

Cat Tien National Park was protected initially in 1978 as two sectors, Nam Cat Tien and Tay Cat Tien. Another sector, Cat Loc, was gazetted as a Rhinoceros Reserve in 1992 upon the discovery of a population of the Vietnamese Javan Rhinoceros, an occasion that brought the park into the world’s eye. The three areas were combined to form one park in 1998.

The park suffered historically during the Vietnam War when it was extensively sprayed with herbicides like the defoliant Agent Orange. To this day these areas have extensive bamboo and glassland cover and trees have not yet grown back.

Cat Tien National Park consists of evergreen tropical and deciduous forest, dominated by Dipterocarpaceae, Fabaceae and Lythraceae, with 40% of the park comprising bamboo woodland, and the remaining 10% farmland, wetlands and grassland. The park fauna is impressive, if highly threatened, comprising of such impressive megafauna as Javan Rhinos (one of only two populations in the world), Asian Elephants, and Sun Bears.Gaur still persist in the area, whereas banteng, kouprey, and Wild Asian Water.

Covering an area of 74,319ha, the Cat Tien National Park has preserved its original natural soil with a diverse ecological system and many rare and valuable species of animals listed in the Red Book of Endangered Animals. The landscape surrounding the Park is magnificent, and the local people have maintained practising customs and habits full of national cultural identities.

Let come into the forest on a trail covered with tree leaves. The sunshine was on the canopies, layer after layer. The air was humid. The cicadas resounded over the forest. Don’t forget to see a 400-year-old conife there. Going a bit further you can see another tree, called bang lang (Lagerstroemie corniculata), which is almost 300 years old. From its trunk of nearly 3m in diameter, 6 ivory sub-trunks sprouted. There are many other strange trees in the forest: a red-wood tree having a diametre of 3.7m, a benjamin fig having a fasciculate root that runs along the stream and can shade about 20 people, a banyan tree having a hollow trunk which is large enough for 3 people, to name but a few.

The Dong Nai River is a natural boundary that embraces three sides of Cat Tien Park. On the left bank, villages and gardens are built close to the water, and on the right bank are wild forests with primitive green canopies. Numerous species of birds built their nests in the canopies. Inside the primitive forest, there are various kinds of fauna typical for the low land of the eastern Truong Son and the Central Highlands.

In November 1998, in Phu My Village, Nam Cat Tien Commune, an ancient village dating back 2,500-3,000 years was discovered. This is a complex of relics, including temples and towers and many artifacts, which proved the mixture of the Chan Lap civilization of the south and the Cham Pa civilization of the north. Among the artifacts, there are several statues which were for worshipping, such as the Linga-Yoni (sacred worshipping items representing the human sexual organs). There is a Linga, 2.1m high, which is the biggest of this kind in the world. Many other vestiges showed that Cat Tien was the Holy Land of the ancient Phu Nam Kingdom built about 2,000 years ago.