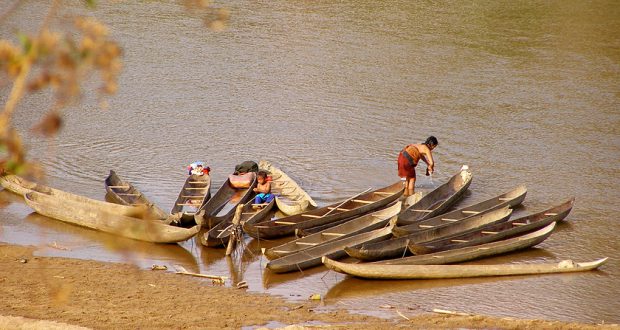 Located inland in the Central Highlands region of Vietnam, near the borders with Laos and Cambodia, Kon Tum (50 km North of Pleiku, 900 km from HCMC) is also inhabited primarily by ethnic minority groups such as Giarai, Bahnar, Rengao … It was badly bombed during the war against American imperialists and has been recovered after National Reunification. 20 km southwest of Kon Tum is the spectacular JraiLi waterfall.

Kon Tum has several vestiges of the French colonial period, as well as several tribal villages directly in the suburbs of the Vietnamese-reconstructed town. Among the town’s landmarks, there is a Roman Catholic wooden church on discrete stilts and a large French-built seminary which hosts a small museum on local hill tribes. French missionary presence in Kon Tum traces back to 1851.

Kon Tum Cathedral, also known as Kon Tum Wooden Church, is considered the most beautiful and antique relic. The Cathedral has always been the pride of Tay Nguyen people. Kon Tum Cathedral attracts visitors not only for its harmonious layout, majestic architecture, but also for the traditional values that it carries. All the items in the church area bear the special traditional culture of Tay Nguyen people, from the Rong house, the wooden statues to the patterns carved on woods.

Rong House (often called The Kon Tum Communal House) is a special architecture of local peole. This type of house can only be found in villages in the north of Central Highland region, especially in Gia Lai and Kon Tum provinces. Rong house is a special type of stilt houses which is much more spacious with imposing traditional beauty. It is often located in the center of the village. Most of the community activities such as meeting, wedding ceremonies, praying ceremonies take place at Rong House. It is also the place for welcoming guests.