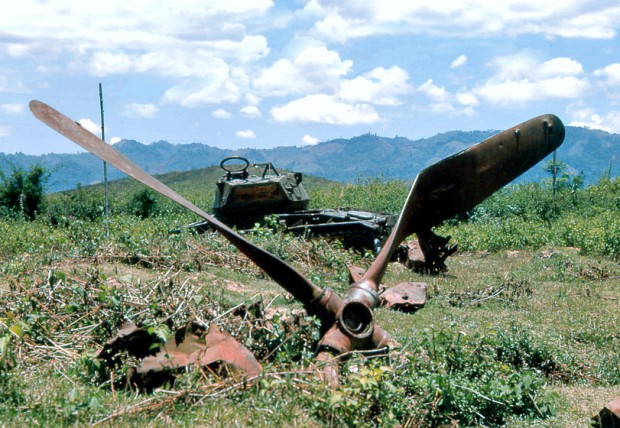 Dien Bien Phu battlefield was the climactic confrontation of the First Indochina War (1954) between the French Union’s French Far East Expeditionary Corps and Viet Minh communist revolutionaries. Dien Bien Phu which is 500km from Ha Noi is deep in the mountains and is near the border between Vietnam and Laos. The area includes deep ravines and up to over 2500m-mountains. Muong Thanh Valley of Dien Bien is the biggest valley in the northwest of Vietnam, measures at 20km from north-to-south and over 6km from east-to-west.

The bunker headquarters of French Commander

Hanoi – Dien Bien Phu – Take the morning flight from Hanoi capital city to Dien Bien. You will be picked up and  driven to the hotel for the check in and lunch. In the afternoon visit Dien Bien phu Museum, the bunker headquarters of French commander, Colonel Christian de Casties. Visit A1 hill where bitter fighting took place. Dinner and night at hotel in Dien Bien Phu. (B,L,D)

Dien Bien Phu – Full day visit battle field: The old Muong Thanh bridge is preserved and closed to motorized traffic-though not much more than a rater in the ground over grown with weeds is the bunker where Chief Artillery Commander Pirot committed suicide. Continue a long distant to place where General Commander Vo Nguyen Giap of Vietnam Military controlled Vietnamese army won French in the war. Dinner and night in Dien Bien Phu. (B,L,D)

Dien Bien Phu – Hanoi – In the morning go down the village to visit some local colorful market and learn about the life style of the local ethnic people here. After lunch  you will leave the hotel for the airport to catch the afternoon flight back to Hanoi. End of the trip at your hotel in Hanoi. (B,L)

($*) Prices are subject to change.